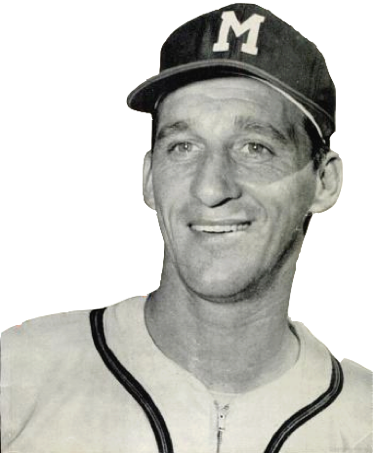 It was the kind of move that probably shouldn’t happen. A player whose baseball identity is so intertwined with one franchise shouldn’t spend a year playing elsewhere to close out his career. But, in 1965, there was Warren Spahn pitching in Shae Stadium. He was dressed in the home whites of the Mets. That kind of thing should have been illegal.

Spahn had spent twenty years in the Braves’ organization. He made his debut with a brief cameo in 1942 playing for the great Casey Stengel. His career in Boston was put on hold after he enlisted in the Army after the season. A member of the 9th Armored Division, Spahn spent 1944-45 in Europe fighting. He was at the Battle of Bulge before later heading into Germany. Sergeant Spahn earned a battlefield promotion to second lieutenant later in the war. He would also earn a Bronze Star, a Purple Star, and a Presidential Citation. No other ballplayer earned more medals during World War II.

Spahn would return to Boston and quickly became of the finest pitchers in the game’s history. He paired with Johnny Sain to help inspire an iconic poem. When the franchise moved to Milwaukee, he would help pitch the Braves to their second World Series title at the age of 36. Spahn was still throwing 250+ innings into his 40’s and they were damn good innings at that. In 1963, he completed 22 of 33 games, maintained a 2.60 ERA, and went to his 17th All-Star Game. He was 42 that year.

The following season, it all got away from him. With his fastball gone and his knees hurting, Spahn failed to throw 200 innings for the first time since 1946. He spent much of the second half of the season in the bullpen and was later awarded four saves after the statistic was officially recognized. It would set a career best for him, but the 5.29 ERA was miserable. Milwaukee’s manager, Bobby Bragan, even accused Spahn of sticking around so that he could continue to get paid his $80,000 salary.

It all came to a head on this day in 1964. The Braves sold their future Hall of Famer to the Mets. When Yogi Berra joined the Mets a week later, Spahn beat the ever-quotable Berra with this line:

Spahn would serve as both a pitcher and a pitching coach. His manager that year was also the manager he first played for when he arrived in the majors – Casey Stengel. Spahn would pitch twenty times for the woeful Mets, including 10 starts. He held his own, often giving his team a chance to win, but the Mets rarely scored for him. In 19 starts, New York dropped 13 – largely because they scored just 3.1 runs a game for Spahn.

In mid-July, the Mets cut Spahn and he took his services out west to the Giants. At the time, San Francisco was trying to catch the Dodgers, who led the National League by 3.5 games. Interestingly, Milwaukee was in fourth place behind San Francisco but passed on a reunion. Spahn had an up-and-down run with San Fran and spent much of the final month in the bullpen. He did finish on a bit of roll, allowing six earned runs over his final 18.1 innings. That included his eighth complete game of the year and 382nd of his career. It was also his last. After the Giants fell short in their run to the playoffs, Spahn was released.

The left-hander went south of the border, pitching and coaching in the Mexican League before spending some time in the Pacific Coast League as a manager and occasional pitcher. He would move to scouting after finally hanging up his spikes before two years as the Indians’ pitching coach in the early 70’s. He would even spend the summers after his 1973 induction into the Hall of Fame as a pitching coach in Japan before finally retiring from the game in 1981.

In August of 2003, a bronze statue of Warren Spahn was unveiled outside of Turner Field. Though 82, Spahn still had his sense of humor. After seeing the statue and his trademark high leg kick, Spahn quipped, “I took great pride in mooning people.” He would die a few months later on November 24, nearly 39 years to the day that he left the Braves’ organization and joined the Mets.