Crowdsourcing: How to get Shohei Otani in a Braves Uniform

Crowdsourcing: How to get Shohei Otani in a Braves Uniform

Shohei Otani…Ohtani…Otani…Oh forget about it. Apparently it doesn’t matter how you spell. Wait…where am I? What were we talking about? Oh yeah…Otani is coming to the bigs! There are still some hoops to jump through but it now looks as though he’ll definitely be in the Major Leagues come 2018 and sinc 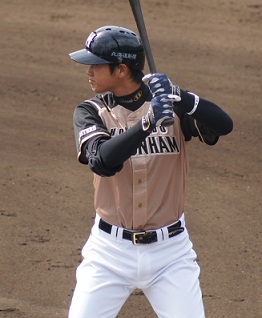 e there aren’t many teams that can sign him for more than 1 million, the floor is really wide open to most of the 30 teams, assuming each team would want such a player.

This is new territory for MLB. I’m not sure anything like this has ever happened. In Ohtani, we have a player that is elite both offensively and on the mound, can be had for essentially 6 years for pennies on the dollar (after the “posting fee”), and hasn’t really shown a strong interest to any particular club yet. Therefore, I’m sure how a team plans on using him could very well determine where he wants to go.

But What does Otani Want?

We already know he wants to continue to hit and pitch regularly, so it seems like an AL team might have the upper hand as he could be a regular DH and pitch every 5th inning. However, my pipedream would be for Otani to comes to an NL club, be the regular left-fielder or 1st baseman, and then come on to close in the 9th inning. That would be so frickin’ cool!

But enough of what I want. What does Ohtani want? How can the Braves entice Otani to come join their organization? I haven’t the slightest, so when I’m stumped, I go to Twitter and other outlets to gauge the brains of others. Hold on to your buttcheeks, ladies and gents, because with all these brainiacs out there, how could Ohtani resist?

Ideas on how Braves can entice Shohei Otani to join the Org!

Look, we are still rolling with the Braves Way of things here at Walkoff Walk. WE ARE A GOLD STANDARD BLOG AND TAKE OURSELVES VERY SERIOUSLY. We’re not here for your snark or sarcasm so beat it. Currently there’s no one in charge here and if you have a complaint, you’ll have to file it with our secretary which can be found under there behind that. Back to business.  We really want Ohtani here therefore we’ve collected the best ideas from the brightest minds out there in hopes that Otani will take to our ideas and choose the Braves over the other 29 Bronze (at best) organizations.

Room? Board? We got you!

“Hi Mr Otani! How bout a free night in our hotel here in Miami while you visit the US and decide?” Schuerholz slimily said as he slammed the door shut behind Shohei and threw away the key, hiding him until opening day.

Let’s hire every mentor he’s ever had in Japan to special assistant jobs.

You saw Kawakami right? That’s our bar. Now just imagine how big a star YOU’LL be.

We’ll give you a car and Sky Miles for your family to come see you play.

Also, we do whatever it takes to win. Now I know you and your fellow Japanese countrymen and women are all about honor, but what’s more honorable than winning?

Also we signed a Japanese player once.

Hey, you hanging up Hart’s coat! Get over here!

Whatever unpaid intern is now in charge of the FO could tell him we could give him a truck.

Friends? Comfort? We got you!

Need to put on a few pounds and build a doghouse?

We’re not that confident…

You’ll be part of a…

With you, we’ll contend for…

Umm, actually, I got nothing.

Dansbae on the brain? Happens to everybody.

We can sign you , then lose you in a scandal and you can sign with another team. You can get paid twice!

All day, every day, The Braves Way!

100 year history and we’ve only shamefully displaced and unprofessionally treated a Japanese player once before! https://t.co/2BnWW7nkDV

“Did you know Max Fried is Japanese too?”

Jack of all trades?

You can pitch, LF, RF, 3b, manage, generally manage, and hang with FF5. All at the same time if ya want!

If you are not scared yet, you will be!

You get to hang with this guy? And he may even write a song about you.https://t.co/g5L3WjCI4b

Always can be the battleship when we play Monopoly, a subscription to the Jelly-of-the-Month club, produce three records of the music genre of his choice (Otani Sings the Blues?), let him decide if a hot dog is a sandwich, and he can pitch, hit, and pinch-hit. https://t.co/LBRJfIG8kv

You can trade yourself!

Opportunity to pitch, hit, and be the GM?

We don’t need no stinkin’ bosses!

From Edward over at Braves Journal:

“Hate those pesky general managers always bothering you about money when you’re trying to relax? Atlanta is committed to a completely GM-free experience.”

The decision makers that stuck Kawakami in AA have all been fired or retired. So, you know, we probably won’t do that to you.

Never again! Well…now we mean it!

“We apologize for the way we treated Kawakami. Those involved with that decision have been sacked.”

We’ll let you pick the GM and entire FO

We will give your entire family their own village near STP

What’s in a name?

From cph over at Braves Journal:

I would happily rename the team the Atlanta Ham Fighters in his honor.

Now that you know we at Walkoff Walk and all of us in Braves Fam are willing to go the extra mile to make you smile a bit, wanna come play for our team?  WE HOPE SO!

Another Look at Dale Murphy’s Hall of Fame Case  Next Post :
Previous Post :   What the Hell Dansby?